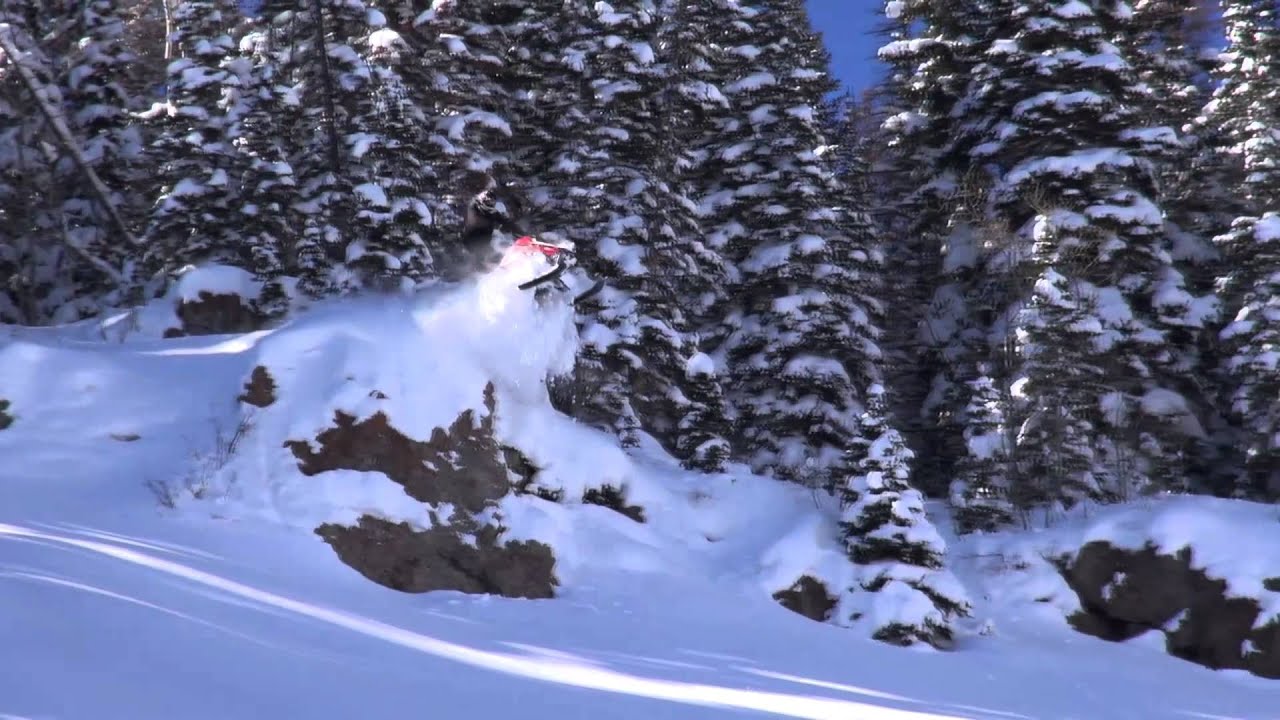 I wanted a snowmobile since the day I saw one flying up the trail. I decided that I would do whatever I had to do to own one of these awesome machines. I bought my first sled in 2008. It was a 2004 ski doo rev 800 144” that I spent countless hours painting and putting on whatever cheap parts I could find to make it my very own. This season, I would love to be running a Boondocker Sidekick turbo kit along with full zbroz shock and zbroz  36” front end.  Oh, and I can’t leave out a full arcticfx wrap to add some flare and protect my sled from those tree branches!

I have obtained many injuries over my years of testing my skill and nerve, at times, the lack thereof. The first bone I ever broke was my humerus. The bone not only went through the skin but went through my hoodie as well. 2 years later I went down in a motorcross race and was ran over multiple times breaking my jaw in 4 places. Along with that crash was a broken wrist and internal bleeding that nearly killed me. 2 years after that I blew out my knee coming up short on a freestyle ramp jump. ACL full tear and torn meniscus. 2  years after that I dislocated my shoulder snowboarding. After 50+ dislocations I had the shoulder fixed. 6 surgeries in total and I’m all fixed up.

A day in my shoes would consist of an 8-10 hours of working on cars. After a day of work I try to enjoy a nice hike or run in the beautiful mountain ranges we have here in Salt Lake city. That is only if all of my chores are done.  My profession of working on cars chose me. I can remember having my pedal go-cart lifted up on a car jack in the driveway so that I could oil the chain and check the undercarriage. I’m now working at a Mercedes Benz dealership as an automotive technician. Getting to see how these cars progress each and every year keeps the job interesting. Not a single day goes by without me learning something new which keeps me on my toes.

It was the 2011/2012 winter season, my 4th season riding snowmobiles, when I found out that Dan Gardiner lived near me in Salt Lake City. I messaged Dan via facebook asking if I could tag along one weekend and he was kind enough to say yes. I met up with Dan, Jackie DeWolfe, Nick Reedy, and 4 of my other riding buddies I had promised I would ride with that day. I was glad that Dan seemed ok with guiding not only myself but 4 other riders he’d never met before. It was a nice blue bird day and I was enjoying watching Dan and Nick Reedy hit drops and jumps, when we came along one that I was interested in. Dan had just gone off the drop and I decided to go up and take a look at it. I remember peaking over the edge and seeing Dan, Jackie, and Nick posted at the bottom with cameras. I realized this was my opportunity to make it into a professional sled film no matter the outcome, successful or not. The second my sled left the cliff, I wished I had a rewind button because I realized the drop was a bit bigger than anticipated.  I came down hard, I was surprised my 2004 ski doo rev didn’t explode into pieces. Dan rode down to congratulate me by telling me that the clip would make it into Boondockers 9.

My absolute favorite riding area, so far, is in southern Utah. I feel that there is a lot of area down there that has not been explored on a snowmobile and I love the different terrain and scenery.

I currently own 3 vehicles, all three are red in color. My daily driver is 2003 Mercedes-Benz C230 sedan, w203 chassis with an m271 supercharched 1.8 liter 4 cylinder engine, and a 716 6 speed manual transmission. I thought I would geek out a little bit for any other Mercedes-Benz drivers out there. I also have a 1999 Ford ranger for camping and hauling my sled. Last but not certainly not least is my 1996 Ford Bronco which is lifted 3 inches with 33” tires, lowered gear ratio, and limited slip rear differential. The 96 Ford Bronco is my project truck which I plan on wasting thousands of dollars on to build into a desert truck.

The Waterfall Story….my most memorable experience snowmobiling was the day I had to leave my snowmobile on top of a waterfall and hike 4-5 miles back to the truck, in a creek bottom, in the dark. It was Dan Gardiner, Ryan Nelson, and I. We’d had a pretty good day despite having some troubles navigating some very hairy sections which wore me out. We were on our way back to the trucks and I was happy about this as I had become sick and was feeling like throwing up. We came to a fork in the road, Dan says, “we can go down this bumpy whooped out road to the trucks, or we can go up and around this way and explore some fresh snow making our way back to the trucks. It’s up to you guys.”  At this point I’m dry heaving, I’ve had a fun day, I want to go home. “Lets take the road” I said. Ryan Nelson, despite looking a bit tired himself, says either way is fine with him. Needless to say we did some “splorin.” We explored ourselves into a drainage that not only got to a point of no return but to a point we could barely navigate the sleds DOWN anymore. At this point it’s completely dark and I’m on all fours dry heaving as Ryan and Dan drag my sled over rocks, logs, and off small drops.  Dan stops once again at another obstacle. Only this time it’s a 50 foot vertical drop which looked like an endless black hole in the dark. We had no choice but to hike out. The next day, we gathered up a rescue team and lowered the sleds down the 50 foot waterfall  one at a time.

I am fortunate enough to have never lost any friends in any snowmobiling accident therefore in my mind I have never had a bad experience snowmobiling. Not once in my entire life have I arrived at the truck and thought, “today was a terrible day” or “I wish I would have stayed at home today.”  If all of my buddies and I make it back alive and safe then I’ve had another nice day. My worst experience, the waterfall story, has also been my greatest and most memorable experience.

I don’t think I could choose any one favorite riding buddy. Any single person from the entire Booondockers team is about the most genuine person I know. The closeness between all of these guys is quite heartwarming. Most of us don’t see each other much in the off season but when the group gets together again it seems though we haven’t missed a day of shenanigans together.  That being said I will admit that I greatly enjoy a day out on the snow with my good friend Nick Reedy.

My biggest accomplishment to this day is making it into a professional snowmobile movie. My whole life I grew up watching dirt bike movies, snowmobile movies, mountain bike, bmx, snowboard movies, you name it. I always wanted to be a part of one of these films. The day I started snowmobiling I realized it was my most favorite thing to do. I really only have one goal every season and that is to be better than I was the season before. I’d like to not only improve my riding skill and style but I would like to have more stamina and strength.

The most miles I have ever put on a sled is 1100 miles. Hopefully I can up that number this coming season with some more vacation time. The most miles I had on one sled was 4200. That was my 2004 ski doo rev 800. I bought the sled used and I’m not exactly sure how many miles I put on it over the 4 years of owning it. I did put one engine in it and totaled it more than once. I had it back on the snow after the first total but there was no hope after the second.